Many San Francisco real estate developers in the early twentieth century used place-making “street furniture” to attract the attention of potential home buyers. The most common were simple columns to signal an entry gateway. These sometimes incorporated street lamps. Grand master-planned communities on the west side of town went overboard with massive staircases, fountains, and sundials.

One of the lesser known and more interesting of these decorative public amenities stood not in the “residence parks” West of Twin Peaks, but in the Outer Mission right off Geneva Avenue:

In 1928, the official city photographer, Horace Chaffee, recorded street improvements around an apparent Greek temple on Naples Street in the Crocker-Amazon neighborhood. As you can see, the Department of Public Works thoughtfully protected the entry stairs and flanking vases with a reflective diamond traffic sign.

The colonnades in the street median were pergolas, structures designed to support climbing ornamental vines such as bougainvillea or wisteria, and often made, like these were, to create shaded walkways. As the pergolas appear a bit worn in the photo, perhaps bowering plants had just been removed as part of the street improvements and landscaping Chafee documented.

According to neighborhood lore, the pergolas originated as the “Naples Piazza,” a temporary park created during the 1915 Panama Pacific International Exposition. They were supposedly demolished by 1919. This story was repeated during an excellent 2010 “Pavement to Parks” remodeling of the median.

This is a good time for me to make a pitch for an official city historian, a post which could be a rotating honor along the lines of poet laureate. If San Francisco had such a worthy to tap, that individual would certainly have discovered Horace Chaffee's photographs showing the piazza still around in 1928:

Rather than 1915, the pergolas were installed as part of the expansion of the Crocker-Amazon subdivision around 1912. The Crocker Estate Company invested thousands of dollars laying out wide landscaped streets and boulevards south of Geneva Avenue. The pergolas served as a gateway to these lots and new homes for sale. No doubt the mini-temple site was intended to evoke the sunny Mediterranean.

The company named the pergola-median Crocker-Amazon's “Civic Center.” Along with the arbor construction in late 1912, a reported 1,000 acacia trees were planted around the section and throughout the surrounding streets.

In this panoramic view north, taken in late 1912, the pergolas are just under construction behind the white house at center. (I've added a helpful red arrow.)

Here's a zoomed-in view of the above photograph with the nascent forms of the Naples Street pergolas. They're just behind the white house, which is likely the core of the remodeled and built-out residence standing at 1119 Naples Street today. A working farm and cows are visible on the north side of Geneva Avenue.

Nearby cows betray any sense of a modern civic center. While the gridded avenues off Mission Street and north of Geneva Avenue had a few dozen houses built in the 1910s, the fanned Crocker-Amazon layout south of Geneva filled in slowly. There was streetcar service, but it was a long way to downtown. It took a booming economy after World War I and a widespread adoption of the personal automobile to kickstart vigorous house building in the tract.

Ten years after the 1928 Horace Chaffee photographs were taken, the pergolas—and, indeed, the entire median—were gone, no doubt victims of roadway and traffic “improvements.”

The good news is that the 2010 landscaping project brought seats, pathways, two rows of trees, and dozens of plants to the formerly bare median. Named “Naples Green,” it’s no Greek temple (and honestly not that green), but still a very pleasant rejuvenation of the former Crocker-Amazon Civic Center.

You can hear more about Horace Chaffee's role as city photographer and get lots of analysis of street scenes he captured in the recording of the “Refocused” event David Gallagher and I did on September 14, 2022: 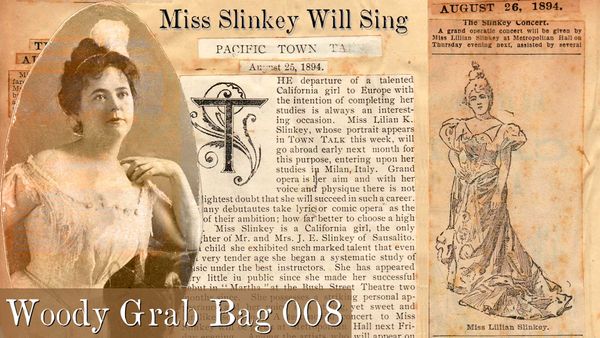