A version of this post originally appeared on OpenSFHistory in September 2017.

This Friday, 172 years ago, California was admitted as the thirty-first state of the United States of America. While September 9th is observed as a day off for some state employees, and you might find an office here or there across the state government closed, most everything, including the DMV, is open for business. And what one certainly won’t see on the streets of San Francisco this weekend is a parade such as this one in 1910:

What happened to Admission Day? There are many older folks who remember recognition of the day in school and singing of the official state song, “I Love You, California.” (The lyrics are very “This Land is Your Land,” focused on grain, mountains, and rocky shores. Its fourth verse also rhymes “dear to me” with Yosemite. Here's a short, but rousing version.)

Labor Day’s rise as a national holiday certainly cut into Admission Day enthusiasm, as did growing disillusionment with government and distrust of jingoistic Manifest-Destiny historical narratives. As a symbol of American conquest, Admission Day is no cause for celebration by native people or Californios. Plus, the proceedings could come off very hokey, as illustrated by the photo below of Governor James Rolph cutting a giant cake while the Queen of Admission Day waits with plate.

San Francisco’s most enduring offering to state pride is the Admission Day monument at the intersection of Market and Montgomery Streets. A young miner waves a United States flag exuberantly, a pick on his shoulder, a gun in his holster, and boots on his feet. Behind the young fortune hunter, a winged woman atop a column holds above her head a tome emblazoned with the date of state admission. Installed in 1897 where Turk and Mason Streets intersect Market Street, the monument was moved in 1948 to Golden Gate Park. In 1977, it was hauled back downtown to its present location.

Through their statewide chapters, the Native Sons of the Golden West and the affiliated Native Daughters of the Golden West acted as prime organizers of Admission Day parades and celebrations. (Both groups still exist today.) To be a member of either group required California nativity—with a significant additional caveat in the early twentieth century. To the Native Sons and mayor-later-governor James D. Phelan, the Golden State was reserved for white men and women.

Founders of the Native Sons of the Golden West organized Anti-Chinese clubs and the San Francisco parlor had Anti-Japanese committees through the first half of the twentieth century. In dedicating the Native Sons building on Mason Street in 1911, Phelan delivered, for him, a typical speech both racist and anti-immigrant: “It is a crime against free government and Caucasian civilization to allow unrestricted immigration.”*

Such talk has made an unwelcome comeback over the last decade. While California is seen nationally as an embodiment of liberalism, divisions in the state over race and immigration are still stark. Proposals keep cropping up to split us into two, three, or even five separate states. There’s little likelihood that pride in being Californian, pride in being included in the United States of America, will be enough to bring back Admission Day celebrations.

But the state known for its anti-immigrant movements is also famous as a destination for new ideas and fresh starts, a haven for the marginalized and discriminated from other nations and other states. There is a California Dream of which to be proud and to celebrate.

September 9th can mark the inclusion of California to the United States and be a yearly commitment to an inclusive California. Admission Day can be the repudiation of xenophobia and racism and offer the seekers, the refugees, the tempest-tossed from around the country—and around the world—a message of welcome admission.

Read more Admission Day history and thoughts in this 2021 column by Patt Morrison in the Los Angeles Times. 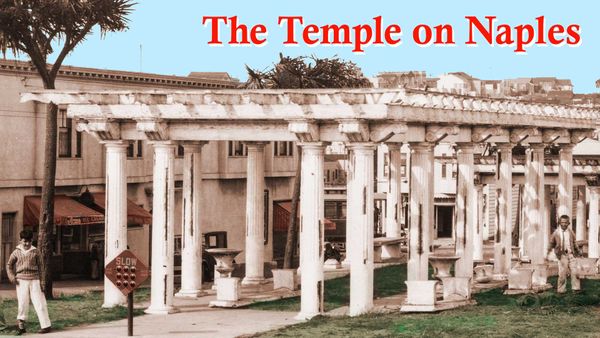 Solving the mystery of the mini Greek temple that once stood in San Francisco's Crocker-Amazon neighborhood. 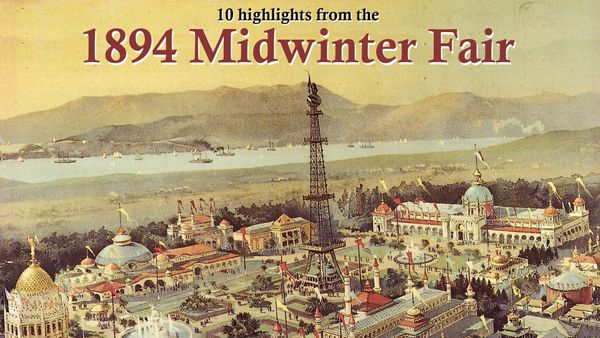 The good, the bad, and the ugly from the 1894 fair which made Golden Gate Park's Music Concourse. 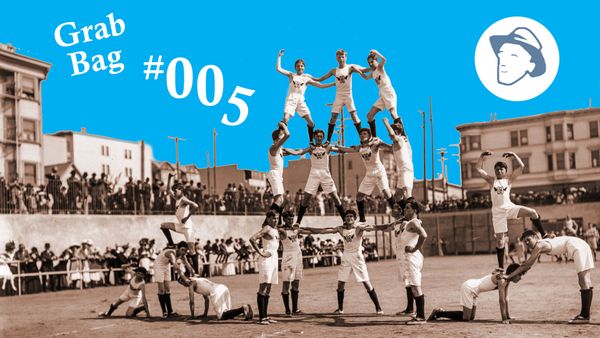